For some reason, self preservation becomes my first response to any kind of uncomfortable situation. Life in the city after a full year in the Jungle became too difficult to handle. Unaware of how deep I had sunk in, one fine day I reached close to the breaking point. It seemed easier to banish every societal facade and take time off to recover from the emotional damage I had done to myself unknowingly. A week far away from the chaos of the city within the shell of my hermitage, I had recovered the energy and the zeal to go back and face everything that I ran away from. That’s when I thought of the hermit crab, a member of the living world who looks for a shell appropriate for its size and need to protect itself and go on living.

In the hopes of seeing the greatness of the Great Indian Hornbill, I took to pen and paper to sketch it out. The elusive great bird is a sight I am yet to witness. I have had the pleasure of the company of the duller cousin, Malabar Grey Hornbill. Watching it from close quarters, I dive into the imaginary lands of how the Great Indian Hornbill would be to see with naked eyes.

Also known as “kochilakhai” bird in the eastern state where I come from, it was hunted for its flesh which is said to have medicinal properties. In the northeastern states, it was hunted for its crown until the bird reached near extinction. To think that the GIH might go extinct if the conservation efforts are not seriously enforced, gives me the chill. Hope to see it sometime soon.

Few months ago, I was on a full fledged drive to work on improving my colour senses. What better subjects to choose than birds. A friend had come back from Costa Rica and I jumped at the chance of drawing a Toucan from his pile of photographs. Bright colours and the unusual beaks make them unique. With limited colour inks available, I got on with it. There are places where colours didn’t come out as expected but I was still close to it.

Elephants are known for their intelligence, their comfortable gait and their lovely tusks. There is one unusual elephant image that caught my eye. One with the tusks so long and curved that it crossed in front. And that made for a very good reference image for a 13+ hours stippling work.

Started on a whim, my love for stippling work has grown much deeper. I loved the outcome of the first piece (Bob Marley) and gave the tiger a shot. I didn’t understand the most important thing about stippling – patience and concentration. Those days I couldn’t focus on a single thing until the end because I had to multitask. The job demanded it then. But as and when I started working on different pieces, my attention span increased and I was loving the end results. That doesn’t mean I haven’t had moments where I wanted to give up half way through a sketch. And I realised later that if I let a sketch be without completion, I found it difficult to go back to it. I hope someday I finish the half done sketches that are lying on the side.

The link between mammals and birds are the only flying mammals, Bats. Not the usual choice for a subject to sketch but the combination of the black sketchbook and a crazy friend doing PhD on bat evolution helped in choosing this subject.

“When a zebra’s in the zone, leave him alone!” said Marty.

Well…. unless in the zone, the optical illusions kinda patterns on a zebra can get you extremely confused.

It is no surprise that the ultimate monochrome member in the animal kingdom is Zebra. 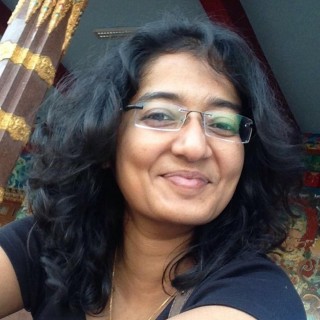 Straddling the worlds of art and science, I happened to stumble upon a designing job and been taking dives into the art world since then. The scientist in me looks to science communication while the artist turns to designing and art. At all other times, I am travelling into faraway lands or holed up in the house with the company of books and coffee. "Be daring, be different, be impractical, be anything that will assert integrity of purpose and imaginative vision against the play-it-safers, the creatures of the commonplace, the slaves of the ordinary."

© All rights reserved and belong to Suneha Mohanty unless otherwise specified.

Note: Print rights for all artwork remains with the artist unless bought separately from the artist with specific written permission as proof of purchase.